Since acquiring the JETPorter line in 2006, Tronair realized that operators werenâ€™t thrilled about getting down on hands and knees, crawling under the aircraft, putting a strap around the landing gear and then pulling the plane into the cradle.

Martin Kurzdorfer, Tronairâ€™s vice president of sales and marketing recounted a number of such stories heard during visits to many JETPorter and TLTV tug operators.

â€œMan, this a real pain in the butt,â€ was a common theme heard repeatedly.

In addition, Tronair had received many reports of â€œnegative events,â€ which means that the use of a strap capture method had damaged the aircraft landing gear.

As a result, Tronairâ€™s engineering department decided to take a hard look at the problem.

What the engineers devised worked out perfectly for US Airways Express last year when new gates opened up at Reagan National Airport for the airlineâ€™s regional flights.

“For the first time a GSE manufacturer has brought an interesting product down to our Express world,” says Fred Maslow, analyst for station resource allocation, Piedmont Airlines, Inc. “It is our pushback operatorâ€™s tug of choice.”

Before the new gates opened up, the jets parked remotely and the planes relied on their own power to make the turns. With the new gates, the ground crew would be handling pushbacks and also towing planes to hangars with tight space requirements.

With those challenges in mind, Tronair’s engineering department worked closely with US Airways Express to devise a new way to perform these everyday operations.

As a result, US Airways Express became Tronairâ€™s launch customer for the SoftcaptureÂ® outfitted on the JETPorter JP100S. The innovative cradle allows one operator to capture and move aircraft without straps, without touching the oleo strut â€“ or any part of the nose landing gear â€“ and all without leaving the driverâ€™s seat.

That’s a great way to summarize why we picked the Softcapture and Tronair as the year’s Ground Support Product Leader.

The Cradle: Letâ€™s describe the operational procedure how the SoftCapture works on the model JP100S:

Once the aircraft is taken to where it needs to be, the driver presses the â€œcradle downâ€ button until the cradle movement stops. The start of the downward movement, releases the upper hold-down arms. With the cradle down, the vehicle is again restricted to creep speed. The driver backs straight away with turning the steering wheel until the landing gear is clear.

The cradle must be raised and the driver must be sitting before the vehicle can drive above creep speed.

“Tronair has been fully invested in their customerâ€™s satisfaction and nothing has stood in their way of keeping our units operational and in service,” says Brian Wemple, manager, customer service support for Piedmont Airlines Inc. “They have provided excellent support to our operation and they have been readily available to assist us with any concerns regarding the operation and maintenance of the JETporter SoftCapture units.”

Of course, the Softcapture, no matter how innovative, just goes along for the ride so to speak. Tronair has also engineered a number of features into the electric vehicle to efficiently and safely perform pushbacks and towing all day long.

“I have been impressed with Tronairâ€™s ability to engineer this device to meet the design requirements and provide the documentation necessary to gain carrier approvals,” says D. Scott Barninger, director, ground support equipment, US Airways Express.

Solid rubber traction tires mount to the opposite side of the drive hubs. Digital logic controllers are used to control the drive train.

Steering System: Thereâ€™s more to the direct drive system that comes into play to steer the vehicle. The motors are driven by two separate controllers. The controllers are linked together through a â€œproportional steering module,â€ and the PSM delivers the throttle signal to each controller. The signal is based on foot throttle position and steering wheel position.

â€œYou can turn on a dime,â€ Kurzdorfer adds. â€œThe vehicleâ€™s two rear wheels are centered in a way that you can actually rotate about the cradle. That makes it much easier to operate in tight situations.â€

The low profile of the vehicle also helps it fit under the bodies of most large cabin aircraft for tighter hangar stacking.

Overload System: The drawbar pull can be controlled by programming maximum amperage limits for a given output. The input signal is provided by a three position selector switch, used as an aircraft type selector. The present limits are set for drawbar pulls of 5,230 pounds and 6,140 pounds. A lower value can be programmed to allow for 3,900 pounds.

Regenerative Brakes: The electric vehicle is charged in part throughout the day thanks to the vehicleâ€™s main regenerative braking system. But the vehicle actually has a total of three redundant braking systems. A foot pedal-actuated brake operates as a secondary braking system. And the emergency/parking brake system is automatically set anytime the operator leaves the platform or when the vehicle loses electrical or hydraulic power.

One-Man Operation: â€œWith the SoftCapture, aircraft pushback and towing can be improved to a one-man, automated operation,â€ Kurzdorfer says.

Without the strap going on or off, Kurzdorfer figures that alone saves a couple of minutes for each pushback. One hundred pushbacks a day adds up to 200 minutes saved times 365 days.

â€œIt adds up to massive amounts of hours and dollars saved when you consider what that time costs to the airlines,â€ he adds.

Since 2001, CGSE/PilotJohn.com earned a reputation as a global leader in supporting the aviation industry with the highest quality ground support equipment (GSE), avionics test equipment, consumables and parts, as well as providing a variety of maintenance and overhaul services. Read More... 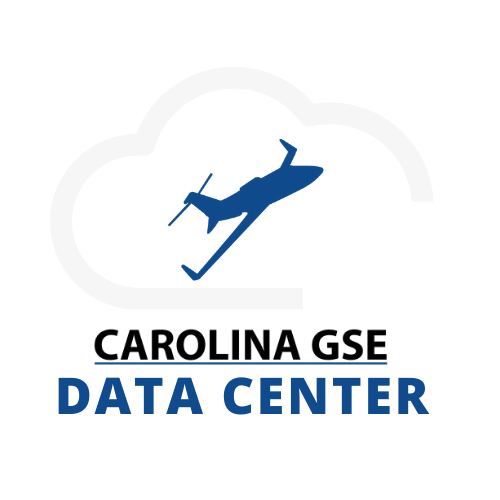 Comprehensive articles about GSE, avionics, frequently asked questions and more created by our aviation experts for you. Learn More...